A guitar is a musical instrument which is stringed and is operated by strumming the strings with fingers so as to tune it. There are different type of guitars including, acoustic guitars, electric guitars, arch top guitars, steel guitars, classical guitar among others. All these differ according to the strumming method. Guitar tunings are responsible for setting pitches to the open strings of a guitar. These tunings denotes the notes to a music from the lowest to the highest. The guitar is comprised of different strings and this affects the pitch in that the thickest string has the lowest pitch while the thinnest string has the highest pitch. 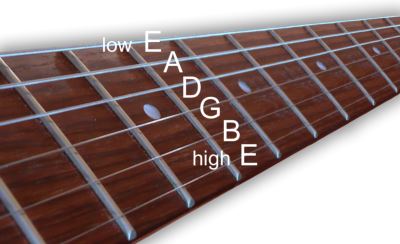 This is the most common used guitar tuning that guitarists use. It uses the 6-string guitar. The standard tuning has the notes;

E4-B3-G3-D3-A2-E2.The letters give the pitch name whereas the numbers specify the octave to which the pitch belongs. This notes are arranged according to the number of the string. That is; string number 1 has the notes E4, number 2-B3, number 4-G3, and number 5-A2 and finally number 6 is E2.

Standard tunings enables a logic way of the left hand movement to enable the playing of the standard scale. It also provides the reasonable way for playing the basic chords in all minor and major keys. The separation of the different keys is allows the notes of the chromatic scale to be managed by the four fingers of the left hand. 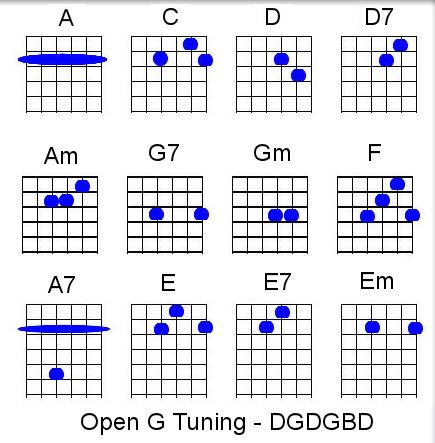 In open tuning a chord can be easily played by strumming strings without frets. Open tunings are commonly used in folk music and blues. They allow a good intonation of certain chords because they allow for the strings to be in just intonation.

Scordatura mode of tuning is an example of an alternative tuning. It is very different from other normal tunings since it tends to use unusual chords to make certain notes easier to play.

The scordatura notation is almost similar to the regular notation. If one is composing a piece of music for a guitar and decides to use the scordatura tuning, he/she would have to show what notes the strings are to be tuned to. It is commonly used in classical music.

This is how one can ensure that the guitar is well tined.

You should ensure to tune the E string accurately to get the reference tone.

2. The fifth string A

Ensure to put your index finger on the fifth string to denote an A note. Keep the finger on the string fret and then strum the open fifth string and the sixth string in turns until the two notes are uniform. Make sure to keep the peg tight so as to produce a higher pitch.

5. The second string B

Place your index finger on the fourth fret G string to assume a B note and them tune the second string fret to the B notes.

Place your index finger behind the fifth fret on the B string to denote an E note. Start tuning the e string to that note. Adjust the first string tuning peg until the pitch of the E string harmonizes with the fifth fret of the second string.

When you are done with all the steps, it’s good to go through what you’ve done so as to ensure that your guitar is in a confident tune before you start using or playing the guitar to avoid any errors when playing. Your strings should be in tune from E to e.

After mastering all this and your guitar is in tune you can now be able to play your guitar effectively without making any errors.

Always the guitar follows the sequence of notes from the thickest to the thinnest string.